[vc_row][vc_column][vc_column_text font_size=”1″]Aerial Photography as the name suggests is taking pictures from air via boarding an Aircraft or Flying objects. But there is more to it than simply using a light aircraft or flying object and flying up to take photographs. There are many elements to an aerial survey that must be considered to ensure that the data is useful enough to extrapolate whatever is being investigated. It is often difficult to see elements of the landscape on the ground. Some landscape types are difficult to access on foot so aerial photographs are vital to study and map them.

There are many useful purposes of aerial photography but the method of taking them have evolved a lot since the first ever attempt that was taken during late 1850’s. Aerial photography is mainly used by archaeologists, Landscape planning, commercial shoots, topographic maps, environmental studies, surveillance, etc .[/vc_column_text][/vc_column][/vc_row][vc_row][vc_column width=”1/3″][vc_empty_space brooks_responsive_height=”{“height“:{“lg“:“40“}}”][vc_single_image image=”7931″ img_size=”full”][/vc_column][vc_column width=”2/3″][vc_custom_heading text=”History of Aerial photography” use_theme_fonts=”yes” font_container=”tag:h2|text_align:left|color:%23ff0000″ font_size=”0″ brooks_css_animation=”typed”][vc_column_text font_size=”1″]First attempt of Aerial photography was initiated by a french photographer in 1858. He attempted to take photo by flying on a hot air balloon with his camera. His name was Gaspar Felix Tournachon known as Nadar.

In 1855 he had patented the idea of using aerial photographs in mapmaking and surveying, but it took him 3 years of experimenting before he successfully produced the very first aerial photograph. It was a view of the French village of Petit-Becetre taken from a tethered hot-air balloon, 80 meters above the ground. This was no mean feat, given the complexity of the early collision photographic process, which required a complete darkroom to be carried in the basket of the balloon! Unfortunately, Nadar’s earliest photographs no longer survive, and the oldest aerial photograph known to be still in existence is James Wallace Black’s image of Boston from a hot-air balloon, taken in 1860. Following the development of the dry-plate process, it was no longer necessary carry so much equipment, and the first free flight balloon photo mission was carried out by Triboulet over Paris in 1879.

Gradually, improvements in photographic technology made it easier to take cameras into the skies. Besides hot air balloons, early pioneers also used kites, pigeons and rockets to carry their cameras aloft.

As the name suggests Aerial photos which are combined to make another photo are called as Combination aerial photography. Depending on its purpose it can be done in several ways.

Vertical photographs are often used to create orthophotos, alternatively known as orthophotomaps, photographs which have been geometrically “corrected” so as to be usable as a map. In other words, an orthophoto is a simulation of a photograph taken from an infinite distance, looking straight down to nadir. Perspective must obviously be removed, but variations in terrain should also be corrected for. Multiple geometric transformations are applied to the image, depending on the perspective and terrain corrections required on a particular part of the image.[/vc_column_text][/vc_column][/vc_row][vc_row][vc_column][vc_custom_heading text=”Kite Aerial photography” use_theme_fonts=”yes” font_container=”tag:h2|text_align:left|color:%23ff0000″ font_size=”0″ brooks_css_animation=”typed”][vc_column_text font_size=”1″]Since the advancement of drones use of kites for Aerial photography has reduced. Kite aerial photography is a hobby and a type of photography. A camera is lifted using a kite and is triggered either remotely or automatically to take aerial photographs. The camera rigs can range from the extremely simple, consisting of a trigger mechanism with a disposable camera, to complex apparatus using radio control and digital cameras. On some occasions it can be a good alternative to other forms of aerial photography.

Camera can be directly attached to the thread of the kite but a camera rig is preferred. Attaching camera directly to kite line is not preferred as, when the kite flies high kite line creates a lot of vibrations which in turn is transferred to camera leading to distorted images or video.

The most important aspect of any kite used to lift a camera is stability. Generally single lined kites are used as they allow very long line lengths and need less intervention from the flyer than steerable designs. Almost any stable kite design can be used to lift lightweight camera rigs (up to approx 500g/1 lb). As weight increases, specific designs are chosen for their additional flying characteristics, such as line pull, wind range, flying angle and ease of launch. Widely used designs are parafoil, rokkaku, delta[/vc_column_text][/vc_column][/vc_row][vc_row][vc_column][vc_custom_heading text=”Aerial Photography by FLY360″ use_theme_fonts=”yes” font_container=”tag:h2|text_align:left|color:%23ff0000″ font_size=”0″ brooks_css_animation=”typed” link=”url:http%3A%2F%2Ffly360.co.in%2F360-moments%2F||target:%20_blank|”][vc_column_text font_size=”1″]

We not only use kites for flying and displaying stunts on sky but we also love capturing our events from the high skies.We love to see how our events appear from up above. For our aerial photography we have designed our most stable kites named Rokkaku. These kites are designed in such a way that they are very stable while flying, hence making sure that camera doesn’t shake due to vibration and the pictures taken are clear. We have also designed such type of kites for our customers and sold for aerial photography for which we have got fabulous response. Want such a kite for your aerial photography get in touch with us today and we will provide you the best Aerial photography tool for your event. 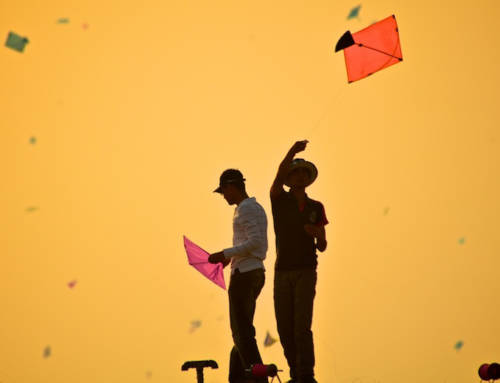 A Beginner’s Guide To Kite Fighting Gone With the Wind ft. Kites! 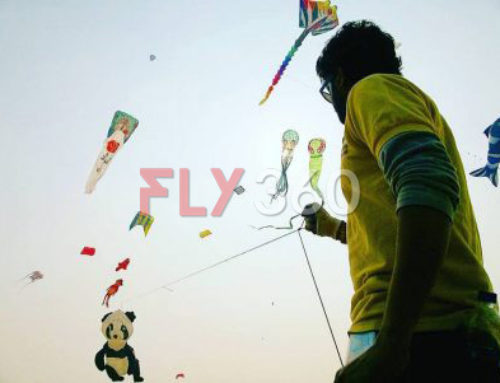 Types of Single Line Kites You’ll Be Amazed to see!